How do you decide between 3D and 360 Degree Videos?

How do you decide between 3D and 360o Videos? 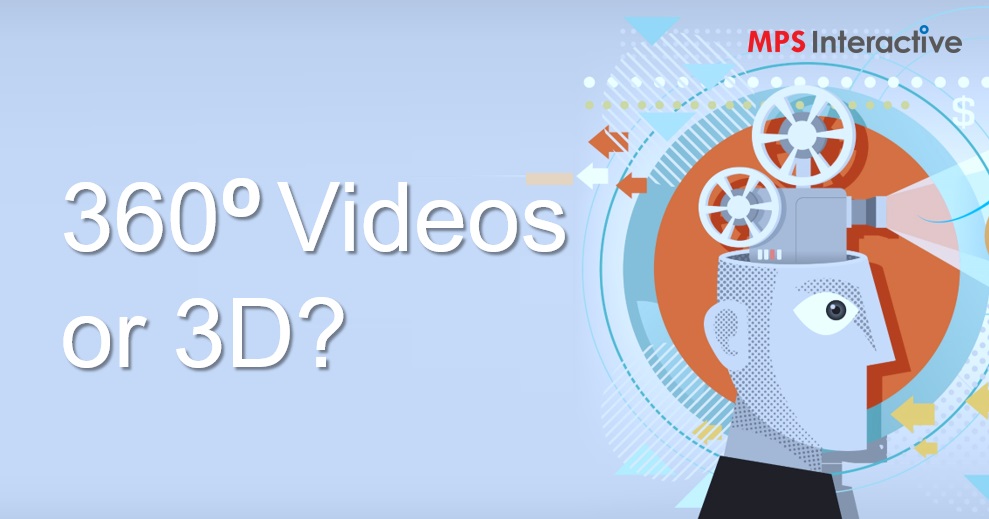 We got our second 360o camera in October 2019. The first was a low-resolution camera used mainly for shooting reference images at client sites. These would then form the base for our 3D models back at the office. The new camera had an 8K resolution even in video. Sure enough, most of us were like excited kids with a new toy and looked forward to using it at every possible opportunity. until one day, when an existing client (a health insurance company) asked us to propose a VR simulation that would help train the nurses in their network healthcare facilities. In the beginning, we leaned toward 360o-video-based simulation but a few days later, at our next meeting, one of our seasoned programmers asked me a few questions that made me sit up and wonder if 360o-video-based simulation really are the best option for all learning content. Would the traditional 3D-based simulation be a better choice in some scenarios? The more I thought about it, the more I realized that almost every “pro” we had used to justify the use of 360o videos for this project started to seem like more of a “con.” Eventually, we withdrew the insistence on taking the 360o route and the team unanimously decided to go with 3D-only.  Here are a few things to consider before deciding to go with either 3D or 360o videos.

Think about the location of the shoot and answer these questions
Is your location a busy operational place – like a factory, office, hospital? Or is it a more relaxed setting where you will not be disturbed while the crew shoots videos – like a home or a hotel room? Is it potentially hazardous for the crew and actors to be at that location – like a furnace or a chemical plant? Is it easy to reach? Or is it so remote that reaching a shooting crew might turn into a logistical nightmare?

If you are shooting in a busy location, or a potentially hazardous environment, or a remote location, then you should probably consider 3D over 360o.

Think about the degree of complexity and interaction you require/expect…
Consider a shoot that requires a variety of different, nonsequential actions to be performed in your simulation. For example, administering medicine to a patient. This can be done when the patient is lying down after he has been made to sit up by adjusting the angle of the bed, etc. For a video (360o or otherwise), one would need to shoot multiple clips with permutations and combinations of the actions involved. The simulation would then need to play the right clip based on the option selected by the player. This takes the shoot and the programming to a different level of complexity. Using 3D would really simplify the whole scenario and certain movements or actions can easily be programmed.

So, if your answer to the question, “are you expecting a high degree of user-selected actions that can be controlled by code?” is yes, then you are better off going with 3D over 360o. 360o is better suited towards linear or semi-liner (simple) interactivity.

How important are the fidelity and quality of facial expressions and gestures to your application?
If the answer to this question is YES and you are tempted to lean towards 360o, think again and consider the following:

Do you foresee changes in the script after the application has been reviewed by the stakeholders? If the answer is yes, then go for 3D, because video (360o or otherwise) will require a re-shoot or at least a dubbing session – both of which come at a substantial cost and pose logistical challenges, i.e. continuity of the location, reusing the same cast, etc.

Would the actors/volunteers/crew be put in an awkward or hazardous situation?
For example, exposure to dangerous chemical fumes. Such situations can be tricky and can easily be avoided if you go with 3D.

How much movement does the scene require?
If you are looking at free movement of the player using the controllers in a VR space, then you have no choice but to go with 3D, but if the scene will do with “teleportation” from one point in the scene to another (without walking), then 360o videos may work.

What is your Point of View (POV) going to be?
A first person POV is one where the user plays the role of a character in the simulation or game and sees the world from his/her POV. They may also engage in operating an instrument or administering medication to a patient, which makes it very difficult to achieve these effects using 360o-video-based simulation. But if the player is an observer, performing little to no activity, then 360o may work.

Quality of the rendered image in your VR device
360o video files in HD can run into multiple gigabytes, which is a lot heavier compared to optimized 3D models, so loading and unloading the files to the viewer’s VR device can take time. Some VR devices may not even be able to handle them with speed.

There will certainly be more factors involved in tipping the scales toward either 360o Videos or 3D. Some applications may demand entirely different formats. For example, if the duration of your content is longer than 10 minutes or your target audience is uncomfortable wearing VR headsets or if you do not have the budgets for either a shoot or custom built 3D environment.

Our team of experts would be pleased to answer any further doubts or questions on whether 3D or 360o videos are the best options for your upcoming projects. Feel free to reach out to us at marketing@mpsinteractive.com.

This website may store or retrieve information on your browser, mostly in the form of cookies. This information might be about you, your preferences or your device and is mostly used to make the website work as you expect it to and give you a more personalized web experience. We respect your right to privacy, so you can choose not to allow some types of cookies. Click on the different category headings to find out more. You can accept or refuse our use of cookies, by moving the selector switch in each category to change our default settings. However, blocking some types of cookies may impact your experience of the site and the services we are able to offer you.

These cookies are necessary for the website to function and cannot be switched off in our systems. They are usually only set in response to actions made by you which amount to a request for services, such as setting your privacy preferences, logging in or filling in forms. You can set your browser to block or alert you about these cookies, but some parts of the site will not then work. These cookies do not store any personally identifiable information.

If you disable this cookie, we will not be able to save your preferences. This means that every time you visit this website you will need to enable or disable cookies again.

These cookies allow us to count visits and traffic sources so we can measure and improve the performance of our site. They help us to know which pages are the most and least popular and see how visitors move around the site. All information these cookies collect is aggregated and therefore anonymous. If you do not allow these cookies we will not know when you have visited our site, and will not be able to monitor its performance.

Please enable Strictly Necessary Cookies first so that we can save your preferences!

These cookies are set by a range of social media services that we have added to the site to enable you to share our content with your friends and networks. They are capable of tracking your browser across other sites and building up a profile of your interests. This may impact the content and messages you see on other websites you visit. If you do not allow these cookies you may not be able to use or see these sharing tools.

Please enable Strictly Necessary Cookies first so that we can save your preferences!

While you have registered one of our contact forms in our sites, we combine information from your registration cookies with analytics cookies, which we could use to identify which pages you have seen on our sites.